David’s debut novel, The Last Island (Betimes Books), was an Amazon Literary Bestseller in the U.K. and reached No. 1 in Fiction at Amazon Australia. His stage plays include the National New Play Initiative award-winning Capital and No Sit – No Stand – No Lie, which opened the Resilience of the Spirit Human Rights Festival in Southern California. He’s a contributor to Writing.ie, IrishCentral.com, Points in Case and a dual citizen of Ireland and the United States. David resides in La Jolla.

It’s June 16, 2029, and California is ravaged by fires, droughts, floods, political paralysis, and civil unrest. Two anti-capital punishment activists, Rex Nightly and Urban McChen, have kidnapped the Governor of California in order to gently torture him into issuing a stay of execution for the infamous killer and cannibal, Billy the Goat. But the Governor accidentally dies, and his body has to be hidden in the closet of Rex’s luxury penthouse.

Meanwhile, Rex’s wife, California Lieutenant Governor Sofina Nightly, hatches an ambitious plan to reestablish order and save the state. Smart, powerful, and blissfully unaware that the former governor lies dead in her closet, Sofina agrees to meet the Attorney General, Bassia Augustine, in her penthouse that same day.

But not before Billy the Goat, jailhouse meditator and reformed vegetarian, escapes just minutes before his imminent demise. This gentle soul is looking for love, inebriation, and clemency and believes that the Nightly penthouse is just the place to find all that and more.

Set against a backdrop of climatic catastrophe and technological evolution, replete with zombie-obsessed retail clerks, itinerant surfers, and sex animates, Hear Us Fade is an entertaining, moving and thought-provoking black comedy that presents a haunting view of the near future.

Light refreshments and drinks will be served.

Hope to see you there. 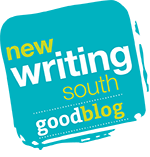