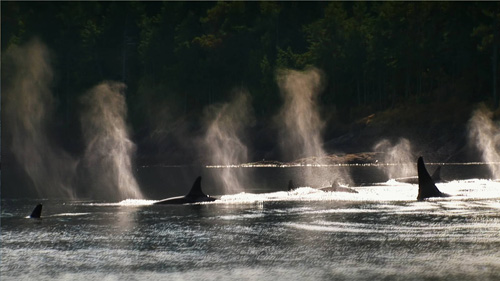 Who are we really saving?

Blackfish is a provocative documentary that tells the story of a killer whale that has killed several people at SeaWorld.  There’s been an impassioned response to this film by many people, who are now demanding that all killer whales in captivity be freed.  The visceral nature of this response is not just because of what is happening to killer whales in captivity and what they are as a species but also, and perhaps more importantly, because it goes to the heart of who we are.

The Case for Humility

Killer whales not only have larger brains than humans, but they have a part of the brain that we don’t have, possessing an extra lobe of tissue that lies adjacent to their limbic system and neocortex. This lobe has something to do with thinking, of course, but also with the processing of emotions.

We, humans, have been wrong about almost everything since time began; what we once thought right is now, almost categorically, wrong.  The critical error we continue to make, the ongoing blunder, is how impressed we become with ourselves in every new era, dismissing the foolishness of the past even as we, minute by minute, slip into it.

If we’d acknowledge the limitations of our minds in understanding our world, including the more complex creatures with whom we share it, this would be evidence of our own developing emotional maturity and intelligence.

The Case for Compassion

The moral progress of mankind can be viewed as an extension of compassion: from ourselves to our families, to our tribes, to our communities and nations.  Historically it was common to enslave, exploit or oppress people who fell on the other side of the various fault lines of gender, language, beliefs, or skin color.  And whatever progress we’ve made along these lines was achieved by learning to care for those who are more and more unlike ourselves.  Since our moral progress can be measured by the limits of our compassion, shouldn’t we strive to extend that compassion to other species as well?

Whether you believe dominion over animals was granted by God in the Bible or not, we certainly have it.  We can do with animals what we will.  Since we are the sole cause of the sixth mass extinction of plants and animals on our planet in the last half billion years, it’s clear what we have chosen to do: destroy almost every single one of them.

For an increasing number of people, it’s apparent that we need to save both our planet and our animals in order to save ourselves.  To do that, we have to change who we are, and we can start with one tree, one animal at a time.

Freeing the killer whales in captivity is, relatively speaking, a small thing to do, but it is the humble, compassionate and right thing.  It won’t save the environment, and it might not even save the whales from the dangers in the greater ocean, but it will save them from us and might, in some small way, begin to save us from ourselves.

My novel is available here: THE LAST ISLAND

12 thoughts on “Blackfish: Weighing in on the Killer Whale Controversy at SeaWorld.”